It is reported that a patient who survived Covid-19 is now found infected with Green Fungus Disease. It is being considered as the first Green Fungal Infection case reported in India. This is the newest infection while Black, Yellow, and White Fungus were already reported earlier in many patients. This is also called Aspergillosis Infection and more reserved is yet to be conducted for this one.

This is an uncommon infection that affects the lungs of the patient. A Corona recovered 34 years old man had regular problems like a nosebleed and high fever. So, it was suspected that he carries the Black Fungus Disease. But, When the tests were conducted, it was found that the patient has Green Fungal Infection and it is the first reported case of Green Fungus in India.

Doctor Dosi said that the Green Fungus is acting as an aggressor in possibly the first case of this type of Fungus in India. It has affected the Patient’s Sinuses, Lungs, and blood. This patient did undergo 2 months long Covid treatment and after getting back home, within 10-15 days, he started to get severe nosebleeds and high fever. Then he came for tests and we found that he carries Green Fungus. 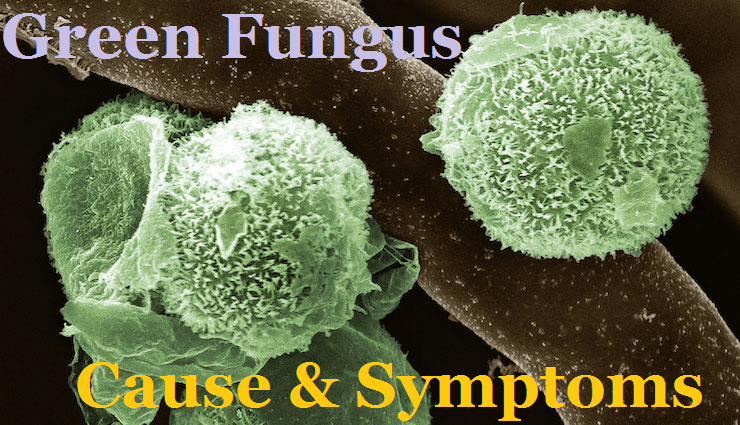 The first case of Green Fungus is reported in Madhya Pradesh and the patient has been airlifted on 16th June 2021 for Mumbai. Doctors are looking deeply into this matter if there are more patients who is affected due to this infection. Green Fungus is also called Aspergillosis in medical terms. At first, the patient has treated in Indore’s Sri Aurbindo Institute of Medical Sciences hospital.

It is also reported by Doctor Dosi that the patient has become really weeks due to nosebleeds and have lose weight. The patient has now been sent to Mumbai for further treatment.

There are not many cases of Green Fungus as it is a rare disease, but a few solid symptoms can be listed for this infection. These Green Fungal infection symptoms are:

According to the experts, patients who have a history of allergy can be easy targets for Green Fungal disease. If the patient has pneumonia or fungal balls in the lungs, this can cause severe damage.

As we know that this fungus is a type of Aspergillosis. This fungus is caused by Aspergillus which is a common mold. This mold usually lives indoors and outdoors. It is known that most of us inhale it every day and still remain perfectly healthy. But, people with weakened immunity or with lung disease have a higher risk of developing Green Fungus.

We are not aware of any proper treatment of Green Fungus so far so we will not write anything about that for now. Doctors in Mumbai will treat the first Green Fungus patient and then they may reveal the treatment details. Till then, You need to wait for the news.

If you have any Green Fungus Symptoms, then please visit the doctors as soon as possible. Be cautious and don’t hesitate to consult a doctor. Stay Safe.