How do I use Gmail in China in 2021? If you’re like me, you use Gmail / Google Apps suite for business or for personal email. I love everything about using Gmail except for one thing: all Google apps are blocked in China.

Watching: Can access gmail in china and the solution

This means that in order for you to use Gmail in China this year, there are a few extra steps you’ll need to take. Allow me to explain my process. 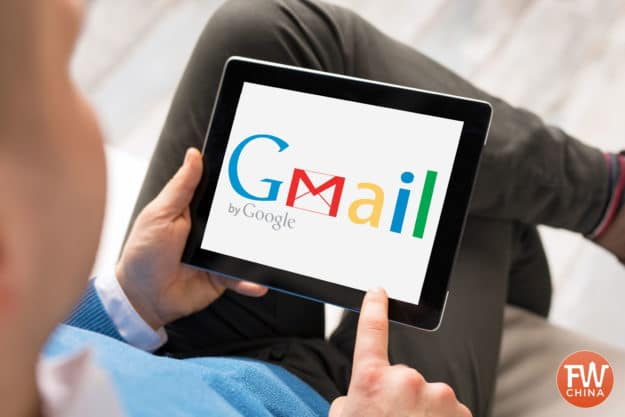 It doesn’t matter whether you access Gmail on your phone, computer or tablet – in China, you can’t open the webpage or even download your mail from the Google servers using your favorite email client (i.e. Apple Mail, Microsoft Outlook, etc.).

As an expat who has been living and doing business in China for more than 10 years, this censorship is an annoying but persistent part of my life.

There’s a reason that Gmail is the top email service provider. Here are answers to the most common questions about Gmail in China and my process for accessing the service despite censorship.

Note: This article contains affiliate links, which means that at no extra cost to you, I may be compensated if you choose to use some of the services listed.

Yes, Gmail is blocked in China.

See Also:  How to copy a formatted excel table into gmail?

And it’s not just Gmail; China blocks all Google apps including, YouTube, Blogger, Google Sheets, Google Docs, etc. Anything that is owned and hosted by Google is currently inaccessible in China.

The problems all started in early 2010, when China and Google got in a big fight about censorship. I won’t go into the whole story but it basically boils down to this:

Google was forced to exit China and all their services were consequently blocked.

The way that I use Gmail in China is the same as almost every expat who has lived in the country over the past decade:

I use a Virtual Private Network, also known as a “VPN”.

At the risk of getting too technical, a VPN is basically a direct, encrypted connection with another computer server. By connecting to a server outside of China and then using that server to access the internet, you’re able to bypass China’s internet censorship.

See more: What To Do When Gmail Is Not Syncing, Apple Mail Not Syncing With Gmail

China has cracked down on the use of VPNs over the years but has never labeled it as “illegal”.

They’re trying to discourage the use of VPNs by Chinese people but they honestly don’t care that we foreigners use one (at least they’ve never punished anyone for using a VPN!)

See Also:  How to create a google calendar event from a gmail message

I purchase and download ExpressVPN on my computer, tablet and/or phone (I use it on all my family’s devices).Anytime I’m in China and need to access the internet freely, I ‘turn on’ the VPN (i.e. connect to a VPN server).As long as the VPN is connected, I can access Gmail and any other website I need.

Tips for Using a VPN in China

Install the VPN Before You Arrive in China. It should come as no surprise that China blocks access to most VPN websites, making it very difficult to download and setup a VPN once you arrive in China. If possible, I suggest you purchase, download and setup your VPN in your home country before you leave.Don’t Be Surprised if your VPN Acts Up. As I mentioned earlier, China loves to make VPN connections difficult. Sometimes I can’t connect to the server I want, so I just have to try a different server connection. Usually, this happens during sensitive anniversaries (i.e. June 4th) or while Congress is in session.Don’t Get Freaked Out. I get emails from travelers on a weekly basis that ask me if using a VPN in a hotel, or at a coffee shop or staying connected all the time will get them in trouble. Don’t get freaked out. I’ve never heard of any foreign expat getting in trouble for connecting to a VPN and the beauty is, the encrypted connection means they don’t know what you’re doing while you’re connected.

Final Thoughts on Gmail in China

The VPN solution to the Gmail in China problem is a no-brainer.

If your company doesn’t already provide you with a VPN, it’s cheap and easy to purchase a personal VPN like ExpressVPN and use that to bypass censorship.

And if you don’t like ExpressVPN for some reason, there are plenty of other VPNs that work in China to choose from.

The truth is that email isn’t as common in China as it is in the western world. Chinese people prefer to do business over messaging apps like WeChat and they really don’t care that Gmail is blocked.

For us expats, however, it’s often an essential part of communication.

If that’s you, I hope this short tutorial on how to use Gmail in China has been helpful. 🙂