Diksal Waterfall Rappelling is the monsoon special adventure activity near Mumbai. Diksal is the name of a place near Mumbai and waterfall rappelling means one can descend down from the waterfall with the help of equipment. After learning about this, I was very much excited. I had done many treks in this monsoon season but this was something different and more adventurous I was looking for. I saw a similar activity- Ashoka Waterfall Rappelling near Kasara. So, I was a bit experienced and more importantly, I knew the basics of the game. 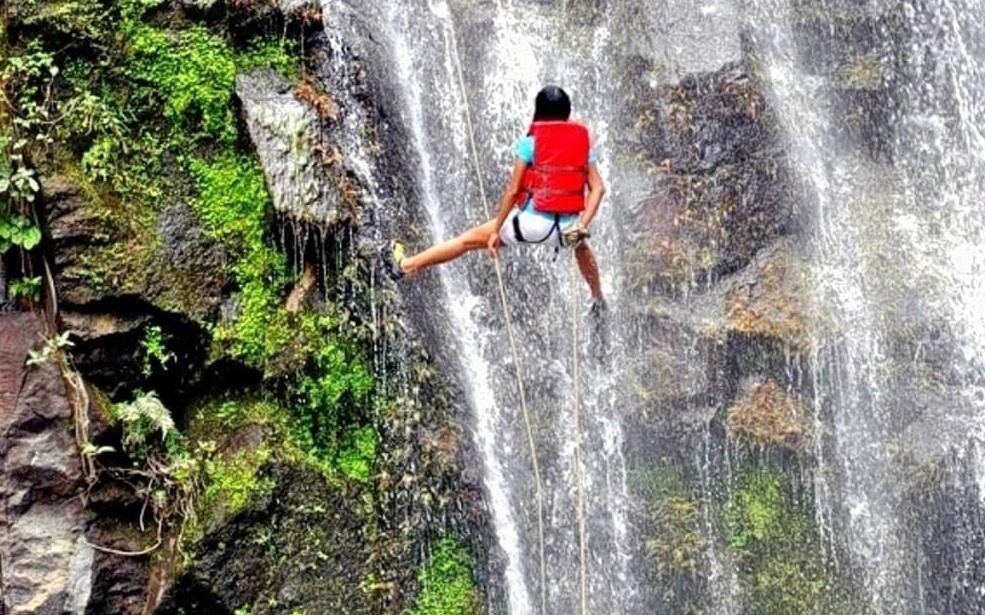 I signed up for this bit early as they got limited seats only. Although there are chances of event cancellation due to heavy rain, I paid the amount and just prayed for no heavy rain on that day. Google showed a thunderstorm a day before but clear weather on Sunday i.e. on the planned day.

Early morning, we reached Bhivpuri station by catching a central line Karjat going local train. It was a big surprise for those who were expecting a less crowd. It was a fucking jam-packed local train. Each and everyone was going for some outing – few for treks, few for Karjat farmhouse, some were going for Karjat River rafting. Amidst all, we were going for the real adventure. There were families too and when I enquired I got to know that they are heading to Matheran Hill Station.

See Also:  How & Where to Change Your Coins for the Best Currency Exchange Rates

Later, I came to know that Bhivpuri is a hub of waterfalls. Nearby Karjat region is a monsoon special place for dams, treks and picnics. Can you imagine, how many people got down at Bhivpuri station from a single local train? Villagers told us around 2000 people got down. It was big chaos. Somehow, our group managed to gather every participant in an hour.

There are many hotels and eat-out stall near the station and at the State road passing parallel to the station. Quickly, we grabbed our bread and butter as everyone wanted to enjoy the scenery, more kind of an adrenaline rush and not this same Mumbai crowd. Our group leader gave strict instruction and information after round of introduction.

As we started walking, the density of the crowd was decreasing and as soon as we reached Dhom lake nature suddenly started showing its charm. It was the scene of the day for which everyone was waiting.

Walk by the Dhom Lake

It was the most memorable walk by the lake. Almost after half an hour, we reached a stream and our Diksal waterfall came into sight. Participants started to play in that water stream.

Few foreigners took the right turn and started heading towards Matheran hill range. When I asked our group leader then he said that route goes to Garbett Plateau of Matheran which is a famous trek in Matheran range.

See Also:  6 Useful tips to choose Colours of Curtains for your home

After enjoying the stream, we walked for another 15 minutes to reach the base of the waterfall. There were few college students and family enjoying the waterfall. I was wondering how come people reach so early. In no time, our crew enter the natural pool.

OMG! It was a big shower. God was literally throwing water droplets in millions. Water was hitting hard and it became really difficult to stand in the main flow for more than 5 minutes.

Some of the crew members came early in the morning and did the whole set up for us. That was the best thing to save time. One by one, everyone started rappelling down. Daring enthusiast preferred to go first and others waited for to gain visual experience before hands-on.

Dashing ones came down in no time. Few of them said, it was a very short time and wanted to do once again.

I went hiking up from the trail beside the fall. It was a massive set up. Almost, 5 people were looking after the working of top place and 2-3 people at the bottom. Immediately, 2 volunteers geared up me with the harness, descender and helmet. He tied me to a rope which was going to the waterfall origin point. Last senior man was standing on the edge but tied with the rope and equipment. He removed that temporary rope and put me on mainline with the safety belay.

See Also:  The Meaning of a Challenge Coin: What You Need to Know About These Unique Tokens

Interaction with the fierce waterfall

With all instruction, I took the first step and slipped. Boomed!!! I fall. Suddenly, there was tremendous water flow around me. I don’t know I was hanging or flowing or falling down. After a few secs, I felt a rope jerk and someone pulled me away from the water flow. First, I breathe a lot and then took the position back like a brave commando.

There was a sound of water and to overpass that my troop was yelling and cheering for me. With that encouragement, I took the next step cautiously and After a few steps, I was enjoying the Diksal Waterfall. Within 10 minutes, I reached the bottom. Whoever lands after rappelling gets private shower as no one was allowed at the landing area due to the activity.

The reason behind the incident

I came out. Relaxed and breathed a lot. I was wondering, what was that? What actually happened? Then looking at my shoes I got my answer. Rock sharpness tore apart my shoe bottom which resulted in the mishap. Though I stood immediately and did the activity, I was feeling the same terror that I faced for a few second. For a month, that incident gave me goosebumps.

Apart from that incident, everything went smooth. I enjoyed the Diksal Waterfall Rappelling but I want to do it once again flawlessly. Sometimes I feel that the Dhom Lake, Matheran Hill Range and lovely Diksal Waterfall calling me again.